There are 37.2 Trillion cells in our body. About 100,000 kilometers of blood vessels run through it. More or less 700 named skeletal muscles control our moves. Complexity is built into our DNA. But although in everyday life we enjoy the results of complex processes like music, books or cat videos, our brains prefer to be lazy most of the time. As Maria Konnikova states in her book „Mastermind: How to Think Like Sherlock Holmes“ – they strive for the path of least resistance. „We love to take shortcuts. When we meet someone for the first time, we form judgments and generalise based on our knowledge and past experience.“ When we get to know a person in a certain environment, we tend to reduce her to the role she played in that very context. Our brains put people into labelled boxes; it is easier that way. 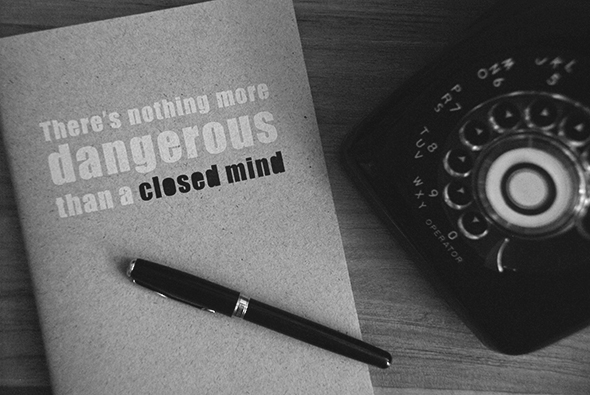 In 1988 my parents decided to have a look behind the Iron Curtain and so we moved to a small town in Germany. Despite the fact that my grandmother’s maiden name was Schmidt, her native language was alien to me. It sounded harsh, as if every sound was followed by an angry dog’s barking. For the first few months, I was a student in a so-called „refugee class“ in which children like me were able to focus on making sense of this odd tongue. Besides many Eastern European kids there was a girl from Sri Lanka and another one from Almaty, the biggest city in Kazakhstan – places that seemed as far away as the mysterious island in Jule Verne’s adventure book. In the afternoons, at a not for profit organisation a talented woman with a passion for linguistics taught us some more German as well as French and English, so we would be ready to join regular classes. She did it with the help of Tracy Chapman and France Gall.

For almost a year we lived in one room, sharing bath and kitchen with a Polish family and a young doctor from Iran, who let us join him in the kitchen when he prepared his exotic meals. In a bold attempt to get away from my cousins, who always played football and wanted me to be the goal keeper in every match, I joined a volleyball club. This was probably the first game-changing decision I had made in my then young life. Not only did I learn my second language much quicker, but also got a glimpse at the power of diverse teams – my best volleyball friend was from Afghanistan.

These times were hard for my parents. Especially since they had to live so close to a growing puberty monster. That is why I am very thankful. I feel privileged to have met a wide range of people at such an early age. Looking back, the decision to choose an international working environment must have come naturally; it opened the opportunity for countless conversations. Travelling the world when time allows and engaging in networks like Ashoka, Panda or RAHM leads to further wonderful encounters that provide the brain with fresh information. And that proves to be a very good thing. Because, according to Maria Konnikova, the best way to keep an open mind is to prevent it from being lazy – one great preventive measure is feeding it with experiences.

If you just have started wondering what all this has to do with being a marketer, think about how through digitisation the relationship between companies and customers has changed. Customers used to be one tiny bit within a target group (just one Oreo cookie in a huge wholesale-box), then they became a fictional persona (a lifeless paper cut silhouette). Today multinationals dream of true personalisation – which, in a best-case scenario, means understanding all layers of a person (provided she reveals them to you voluntarily): a holistic and very complex approach algorithms alone will not manage to implement. Let’s face it –  modern marketing starts with a modern marketer who is not afraid of complexity. Just think about what simplifying, lazy brains are capable of. Lazy brains are afraid of diversity. They produce ridiculous stock photos. Mistake successful authors for thieves.

So, it may be worthwhile to remind ourselves to keep our brains busy, again and again. If you haven’t done it yet – put on your favourite complex record, read a book by an author you have never heard of, talk to a stranger, free your mind and the rest will hopefully follow.